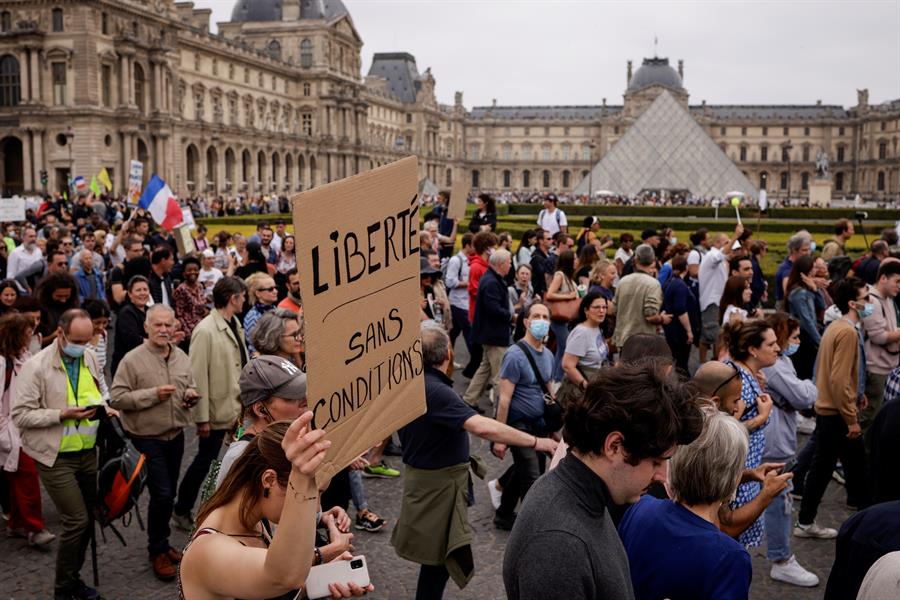 Protesters criticized ‘sanitary dictatorship’ that will require vaccination or negative proof of the disease to enter bars, restaurants and even transport

Thousands of people gathered on city streets french this Saturday, 17, against the requirement of a health passport proving vaccination against Covid-19 or negative test of the country’s residents for entry into bars, restaurants, festivals and even public transport. The measure, called “sanitary dictatorship” by the protesters, was announced by the government of Emmanuel Macron last Monday, 12, and will be divided into two stages that will take effect on July 26 and August. In Paris, a first protest went from Louvre Square to the country’s Ministry of Health and a smaller demonstration was called by the ultra-right party The Patriots. “I understand the reticent protesters, but I believe it is necessary to convince all our citizens to get vaccinated,” said Prime Minister Jean Castex. The intention of vaccination in the country is to avoid a second wave of the disease potentiated by Delta variant, which already accounts for 67% of new infections in France. The first protests against the health measure announced by Macron took place on Wednesday, 14, when around 19,000 people gathered on Bastille Day. Despite the demonstrations, a rush for immunization was recorded after the announcement. In the first 48 hours after the president’s speech, more than 2 million people signed up to receive vaccines.