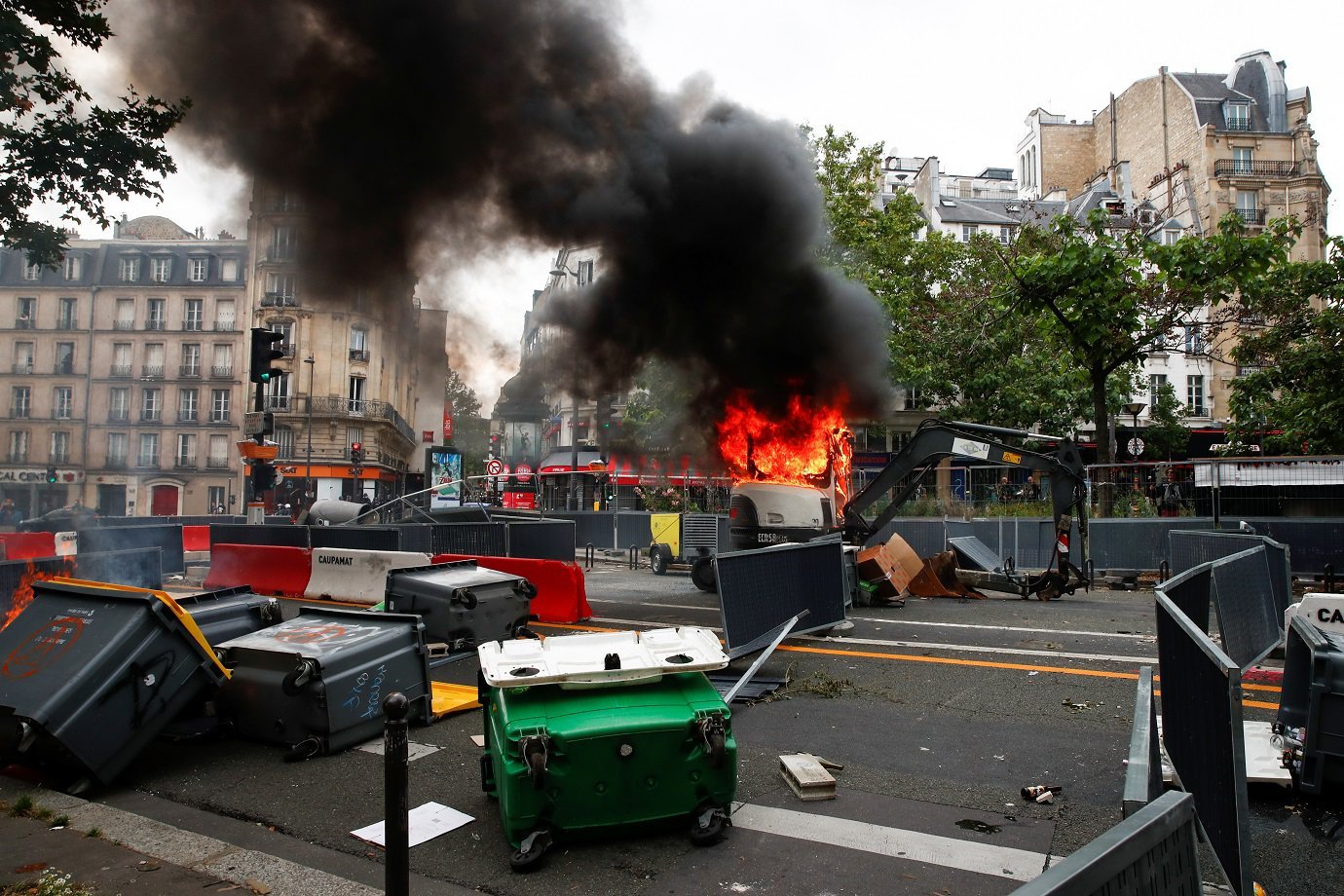 Dozens of French police used tear gas to disperse a protest on Wednesday against the president’s plan Emmanuel Macron to require a certificate of covid-19 vaccine or a negative PCR test to gain access to bars, restaurants and cinemas starting next month.

Macron this week announced comprehensive measures to combat a rapid increase in new coronavirus infections, including mandatory vaccination of healthcare professionals and new health rules for the general public.

In doing so, it has gone further than most other European nations, as the highly contagious Delta variant creates a new wave of cases, and other governments are watching carefully to see how the French public will respond to the measures.

Police intervened shortly after several protesters marched down an avenue in central Paris without permission from authorities. Some wore signs saying “No to health pass”.

Some critics of Macron’s plan — which will require malls, cafes, bars and restaurants to check the health passes of all shoppers starting in August — accuse the president of trampling on freedoms and discriminating against those who do not want to be vaccinated against the Covid.

Macron says the vaccine is the best way to get France back on the path to normalcy and that he is encouraging as many people as possible to get vaccinated.

The Wednesday protest took place on Bastille Day, the anniversary of the invasion of a medieval fortress in Paris in 1789 that marked the turn of the French Revolution.

Among other proposals in the government bill are mandatory 10-day isolation of all people testing positive for Covid-19, with police running random checks, according to French media. The prime minister’s office did not respond when asked to confirm the information.