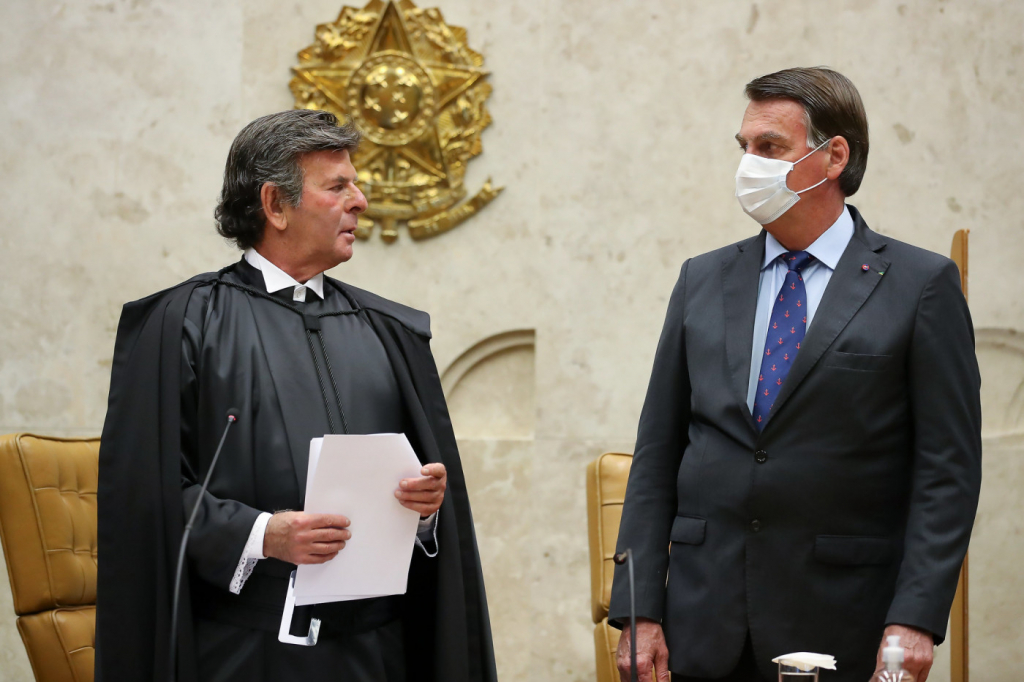 The intention is to avoid embarrassment with the minister, who leaves the Supreme Court on July 5; president must choose ‘terribly evangelical’ name

Flickr/Palácio do PlanaltoYesterday’s conversation between Fux and Bolsonaro took place outside their agenda.

the president of Supreme Federal Court, Luiz Fux, asked the president Jair Bolsonaro this Tuesday, the 8th, that he expects – in fact – the minister’s retirement Marco Aurelio, to indicate your replacement. The date for the minister’s departure is July 5th. Fux’s request is for there not to be any kind of embarrassment with the minister, in the same way that occurred in October last year, when Bolsonaro announced that Cassio Nunes marquis would assume the vacancy of Celso de Mello, even before he vacated the chair. Yesterday’s conversation between Fux and Bolsonaro took place outside both their agendas. In a statement, the court made it clear that Fux, after a phone call, invited Bolsonaro to visit the STF headquarters. The Court said the meeting lasted 20 minutes in the president’s office. It is worth remembering that Jair Bolsonaro has long stated that he will choose a “terribly evangelical” name for the courtroom vacancy.