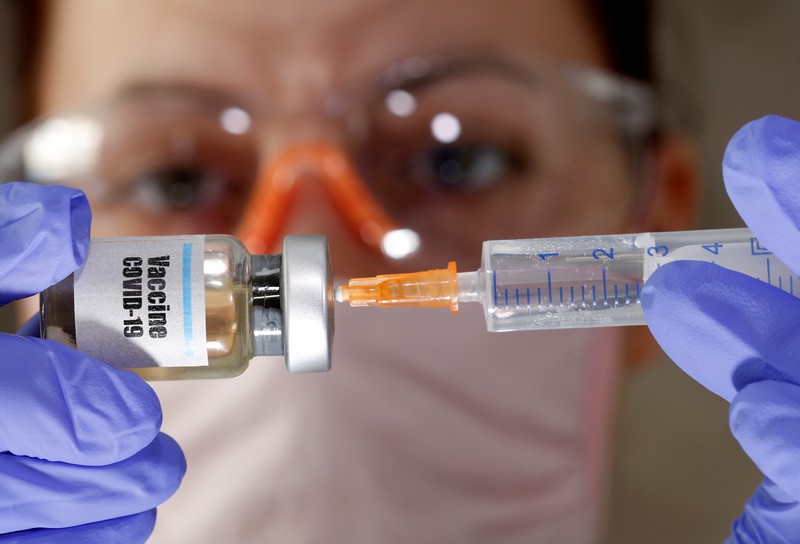 REUTERS/Dado Ruvic/Illustration/File PhotoOn Saturday, the 5th, will be the D-Day of vaccination against Covid-19, with a focus on the application of a second dose

The State Secretary of Health of São Paulo, Jean Gorinchteyn, states that the State has been cautious in relaxing the phases of the São Paulo Plan and also by adopting sanitary barriers to prevent the advance of Indian variant gives Covid-19 in the region. In an interview with Morning newspaper, gives Young pan, the transition phase was maintained for a few more weeks because the rates are still high. Even so, every municipality has full autonomy to carry out greater restrictions if deemed necessary. Today, ICU beds in greater São Paulo are occupied by 79% and, in the State, 81%. As of April 1, this number was 93% in both regions. “It’s a more comfortable condition, but it still deserves attention”, he warns.

According to Gorinchteyn, the governor João Doria was correct in charging the federal government on the distribution of vaccines of Pfizer received on Wednesday, 2, which have not yet been distributed to the States because of the holiday of Body of Christ. “You shouldn’t wait to vaccinate. If it arrived on Wednesday night, Thursday São Paulo had all the structure to distribute to all municipalities. Our frustration was that, due to the holiday, there was no distribution. We cannot, in any way, accept this kind of position. We have to have vaccines and they have to be applied in the arms of Brazilians.” He recalled that the SUS is tripartite — it acts by the Union, States and municipalities. “If the State does not receive from the federal government, it cannot distribute it to the municipalities. The vaccine arrived, it must be distributed immediately. State has the competence and duty to distribute.”

Regarding the so-called black fungus, the secretary said that its appearance is linked to low immunity caused by some drugs, such as chemotherapy for cancer and the use of corticosteroids — often used in the treatment of Covid-19. “In Brazil, it is still something unusual and infrequent”, he added. Gorinchteyn denied that Brazil is in a third wave since it didn’t even come out of the second. “Hence safety and guidance. We cannot progress yet, we have to guarantee life assistance. We are still in the second wave. In the coming weeks we will assess the effect of vaccines. We already see an important effect in terms of decreasing numbers in the age groups who have already completed two doses.”

Next Monday, the last group of comorbidities and permanent disabilities, aged 18 to 29, will start receiving doses against Covid-19. Last Wednesday, Governor João Doria announced the rest of the calendar for the first doses – which runs until October. According to the secretary, the State had a lot of responsibility to prepare the dates and publicize the calendar because it creates expectations. He recalled that, in addition to the doses that will arrive by the National Immunization Plan, Doria determined the request to the Butantan Institute for another 30 million doses just for the state until the end of September. On Saturday, the 5th, will be the D-Day of vaccination against Covid-19. Jean Gorinchteyn warned that it is time for 403,000 people who have not yet returned for the second dose to complete the vaccination schedule — as well as people in the groups already allowed to take the first dose.