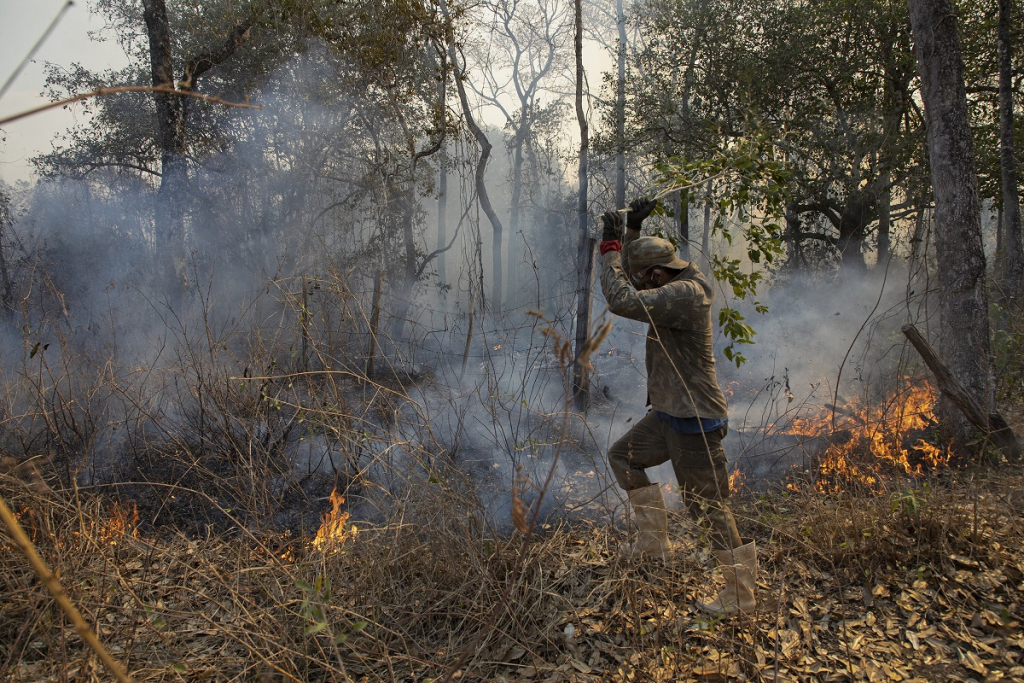 Lack of rain and low air humidity are mainly responsible for the spread of flames; July, August and September should register a volume of precipitation up to 50% lower than the historical average

the government of Mato Grosso do Sul already evaluates to decree the situation of emergency in some cities to facilitate actions to combat forest fires. Over the weekend, the Fire Department managed to control a focus of fire in one of the most important tourist regions in the state, in the municipalities of Bonito and Jardim. Animals were hit by fire, including an anaconda about five meters high. Another fire continues to advance in the municipality of Porto Morrinho, in another tourist area, the Pantanal. The flames are close to fishing spots on the Paraguay River. Teams were sent to the fire fighting and have been operating in the region since last week, with the help of vehicles, boats, planes and water trucks. According to Lieutenant Colonel Arruda, of the Fire Department, it is necessary to join forces to prevent the situation from getting out of control.

“A large fire was advancing over the State of Mato Grosso do Sul through the Emas National Park, on the border with the State of Goiás. However, the Military Fire Department, in partnership with Imasul and Semagro, contained the flames and now it is working with ICMBio and the Fire Department of the State of Goiás so that the flames do not enter our State”, he said. THE lack of rain it’s at low air humidity are mainly responsible for the spread of flames. According to the government, the forecast for the months of July, August and September is a volume of rain 40 to 50% lower than the historical average for the period. Last year, the Pantanal had a record number of fires, reaching more than 4 million hectares. According to the SOS Pantanal Institute, the flames affected 28% of the biome.