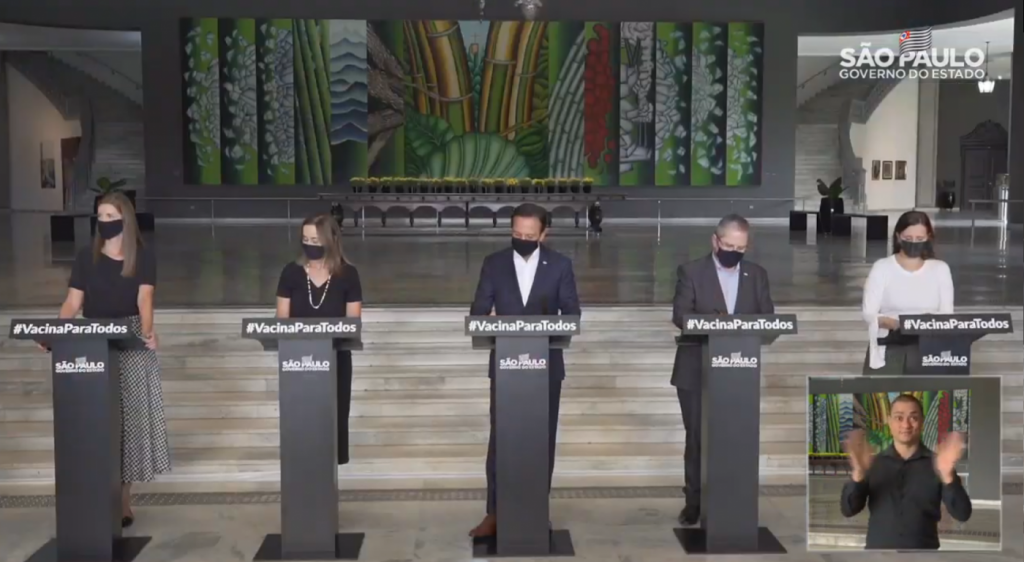 Start of immunization was scheduled for next Monday, 15, but was changed to the 12th

The government of Sao Paulo announced on Wednesday, 10, that the start of vaccination of elderly over 85 years will be anticipated. Initially scheduled for next Monday, 15, the start of immunization was brought forward to this Friday, 12. The governor João Doria (PSDB) also informed that the vaccination of elderly people over 80 years old will start on March 1st in São Paulo. The Disease Control coordinator, Regiane de Paula, explained that the early delivery of 900 thousand doses of the CoronaVac fur Butantan Institute allowed the calendar to be changed. Regiane stated that the application of the second dose will start in health workers, quilombolas and indigenous people, who started to be immunized on February 17.

During the press conference, the government of São Paulo celebrated the milestone of 1 million vaccinated in the state. The speed of immunization is four times faster than the number of new cases. The bed occupancy rate of the Intensive Care Unit (ICU) in the state is 66.8%. While in Greater São Paulo, it is 65.7%. In the last epidemiological week, the number of infected people fell by 8%. Regarding the number of hospitalizations, the fall was 2%. The number of deaths, however, has increased by 4%. Currently, São Paulo has 1,878,802 cases and 55,419 deaths.

Check out the new schedule: 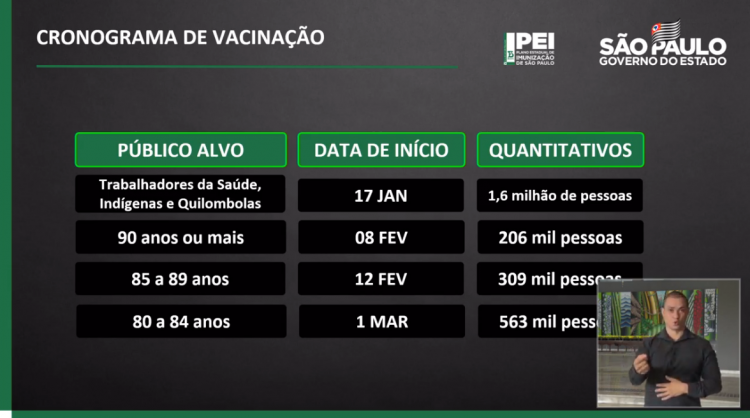