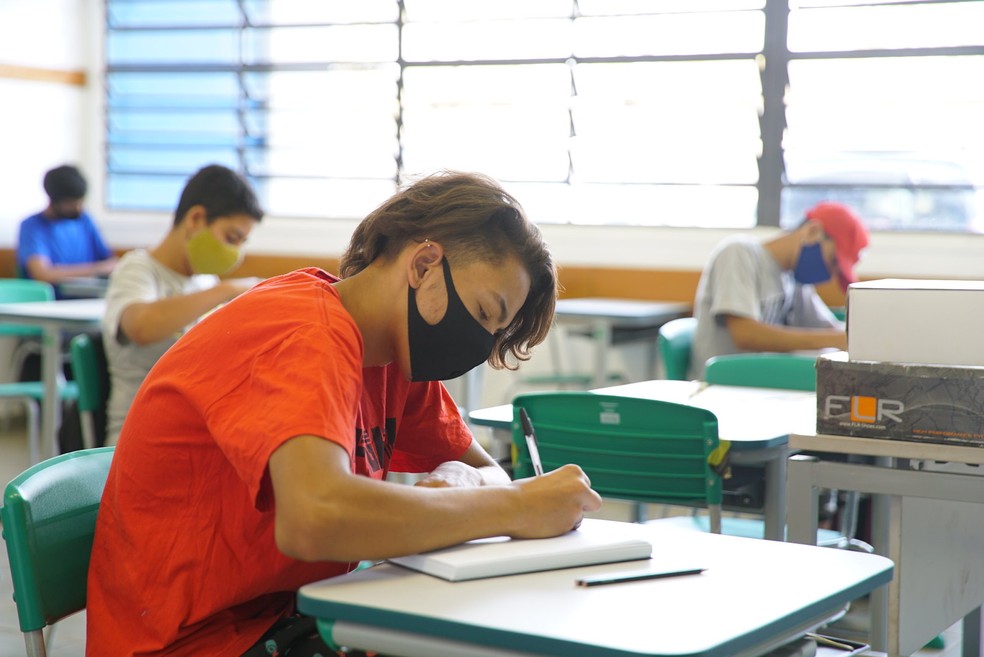 It is estimated that about 387,000 new students will be attended; currently, the state has 1,077 schools in the program in 309 cities

Government of São Paulo/DisclosureExpansion will make São Paulo able to advance the fulfillment of one of the goals of the National Education Plan, which foresees at least 25% of students enrolled full-time up to 202

the government of Sao Paulo announced this Monday, 13, the inclusion of 778 schools from state public network no program integral education. With the expansion, 1,855 schools will be served by the initiative in 427 municipalities in São Paulo. The novelty was commemorated during an event at the Memorial da América Latina that brought together dozens of teachers, principals and teaching professionals. to the governor João Doria, the expansion of the program is a victory for the education. “We are going to take a quantum leap in the number of full-time schools in the State of São Paulo. It is known that full-time schools are transforming in the lives of children and young people, because they allow for better education, integration, a better field of protection, better nutrition and the training of those who in the future will be professionals, business leaders, entrepreneurs” , said. Also according to Doria, the number of schools full-time will be fivefold compared to 2018, when the program was present in only 364 schools.

The estimate of Palácio dos Bandeirantes is that about 387,000 new students will be covered by the program from 2022 onwards. The total investment for the expansion will be R$ 800 million per year. According to the education secretary, Rossieli Soares, the expansion will make São Paulo able to advance the fulfillment of one of the goals of the National Education Plan, which foresees at least 25% of the students enrolled full-time by 2024. “The teachers who are there at school they remain at school, preferably always, this is already a review that was made in the methodology itself, the inside remains. So in the channels there is no discontinuity. They go through a process of fractioning, of preparation, which is fundamental. We already have a forecast of hiring more teachers not only for this project, but for others that we are doing”, he clarified. Rossieli Soares also stated that the initiative will help students who missed classes during the pandemic and will require hiring new teachers. According to the State Department of Education, the state currently has 1,077 schools in the comprehensive education program in 309 cities.