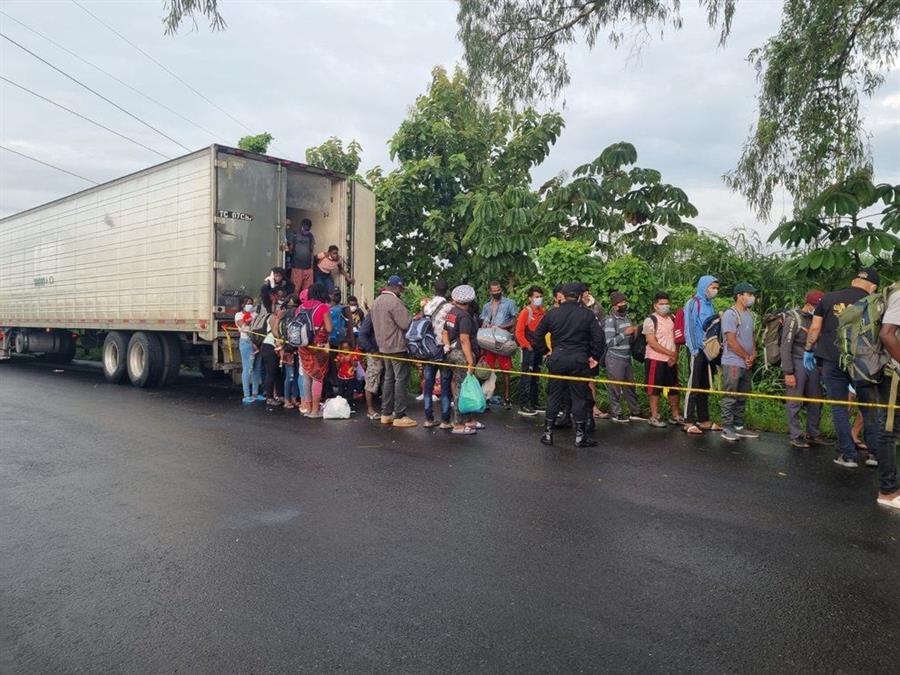 Travelers had the United States as their destination and were from Haiti, Nepal and Ghana

The Police of Guatemala saved 126 immigrants abandoned in a container on the side of a road between the cities of Nueva Concepción and Cocales, after nearby residents report that they heard screams coming from inside the place. Police say they believe the immigrants’ final destination was the United States and that they were abandoned by smugglers along the way. There were people from Haiti, Nepal and Ghana inside the container. Police provided first aid to the rescued before taking them to a shelter run by the Guatemalan Migration Institute. According to Alejandra Mena, spokesperson for the Guatemalan immigration authority, immigrants arrived in Central America via Honduras and from there began their journey towards the United States. Once they are in good health, they will be taken back to the border with Honduras and handed over to authorities in the neighboring country, from where they will likely be deported back to their countries of origin.