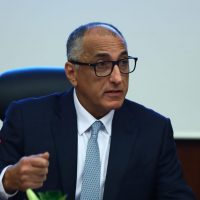 During the last fiscal year, the petroleum sector witnessed a sharp drop in its prices, which prompted investors to refrain from investing in it. The sector achieved a net outflow of $1.2 billion, compared to a net inflow of $1.1 billion.

The CBE explained that this is the sum of $5.1 billion inflow into Dakhla as a result of feeding foreign oil companies minus $6.3 billion in transfers abroad in return for recovering the costs borne by foreign partners in research, development and operation.

At the time, foreign investments in the non-oil sectors witnessed slight increases by 70.2 million dollars, bringing the net inflow of savings to 6.4 billion dollars, with a growth rate of 1.1%.