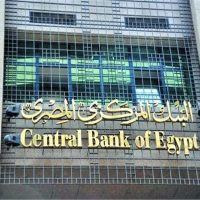 The Central Bank said that investments in securities portfolios achieved a net inflow of $18.7 billion, compared to a net outflow of $7.3 billion.
He stated that long- and medium-term loans and facilities recorded a net use of about $6.4 billion, compared to $6.6 billion, and short-term facilities for suppliers and buyers recorded a net use of $1.5 billion, compared to $2 billion.
The Central Bank revealed that the Egyptian economy’s transactions with the outside world during the last fiscal year achieved a total surplus of about one billion dollars, compared to a deficit of about 8.6 billion dollars during the previous fiscal year 2019/2020.
This total surplus is due to the realization of the capital and financial account, a net inflow of about 23.4 billion, compared to about $ 5.4 billion during the previous fiscal year, in a reflection of the noticeable improvement in foreign investments in the stock portfolio due to the continuation of policies to facilitate global financial conditions despite the ongoing uncertainty. As a result of the Corona pandemic, which reflects the confidence of foreign investors in the strength of the Egyptian economy.

The article, with a net inflow of $18.7 billion in securities portfolios in Egypt, was written in Al Borsa newspaper.