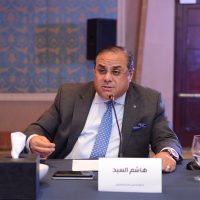 The Emerald Development and Project Management Company announced its IPO offering, with a coverage rate of 26.33 times, at a price of 1.28 per share.

The company said that the allocation percentage was about 3.8%.

The EGX management revealed the total quantities of (initial) purchase orders registered in the deals market at the end of the public offering of “Emerald Development and Project Management” shares on the Nile Stock Exchange, amounting to 414.82 million shares.

The stock exchange indicated that, in this way, the public offering was covered at a rate of approximately 26.34 times.

The Financial Supervisory Authority announced last September that it had nothing to prevent the publication of the prospectus of the Emerald Development and Project Management Company’s offering, to sell 45 million shares, representing 10.59% of the company’s capital, at a specified price of 1.28 pounds per share through the offering.

The Emerald Development and Project Management Company revealed that the private subscription coverage was completed by 190 percent, and 29,250,000 shares were allotted, at a value of 1.28 pounds per share, with the knowledge of the offering manager.

She added that the remaining amounts will be refunded to subscribers through the subscribed brokerage companies, and this comes within the framework of the company’s offering of 29,250,000 shares of the company’s shares for subscription through the private placement of qualified institutions and individuals.

Hashem El-Sayed, CEO of Oden Capital, director of the offering of Emerald Development Company, revealed that subscription requests amounting to 70 million pounds were received on the first day of the private offering, the day before yesterday, Sunday.

He pointed out that the private placement witnessed subscriptions from a number of funds affiliated with government unions, as well as a number of Saudi investors with solvency.

El-Sayed added that the proceeds of the offering will be used to strengthen the financial position of the Egyptian Fund for Housing and Development.

The public offering tranche represents about 15.75 million shares, and Oden Capital plays the role of the offering manager and approved sponsor of the company’s listing on the Nile Stock Exchange, while Hosni Abdel Aziz’s office plays the role of legal advisor, Egy Trend is an independent advisor, and Baker Tilly is an auditor, while Sigma will act as the selling party’s broker.

The article 3.8% allocation percentage in the IPO of “Emerald Developments” was written in Al Borsa newspaper.