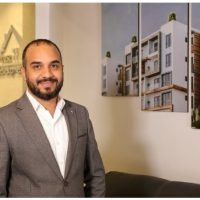 Better House Real Estate Development has achieved contract sales of EGP 3 billion in the first phase of the Vidala project, which is located on an area of ​​56 acres in the new city of El Galala.
Mina Andraos, vice-chairman of the company’s board of directors, said that the project’s investments are estimated at about 4 billion pounds, excluding the value of the land, and includes about 1,068 units, of various sizes, and 400 hotel units, which will be managed through an independent hotel management company, and it is planned to implement the project within two and a half years. A maximum.
The Vidala project is being developed in 4 sales stages, as the company raised the prices per meter within the project after increasing demand to reach EGP 24.9 thousand with the launch of the second phase, after it started selling the first phase at a value of EGP 22.9 thousand per meter.
Andraos added that the company has sold the “Sky Capital” project in the R7 area of ​​the New Administrative Capital, with sales estimated at 1.4 billion pounds.
The project is located on an area of ​​14 acres and includes about 19 residential buildings, with a construction rate of 19% of the total land area, and the construction rate exceeded about 50%.