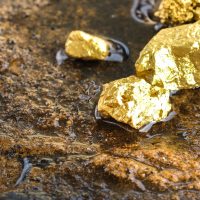 Gold prices rose slightly in the local markets during last week’s trading, with a slight decline in an ounce on the global stock exchange, as a result of the dollar’s ​​decline.

Amir Rizk, a member of the Gold Division at the Chamber of Commerce in Cairo, said that gold prices rose by 3 pounds during the local market during the week’s transactions, as the 21 karat gold gram opened trading at 777 pounds last Monday, and concluded at 780 pounds on Saturday evening.

The article gained 3 pounds in gold within a week … and 21 pounds recorded 870 pounds, it was written in the Al-Borsa newspaper.