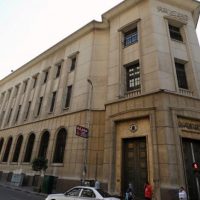 Foreign direct investment in Egypt fell 31% last fiscal year to record $5.2 billion, compared to $7.5 billion, in the context of the decline in foreign direct investment at the global level as a natural result of investors’ fears resulting from the continuing global crisis of Corona.
Most of the exits came in the petroleum sector, which witnessed a sharp drop in its prices during the past year, which prompted investors to refrain from investing in it. The sector achieved a net outflow of $1.2 billion, compared to a net inflow of $1.1 billion, as a result of an outflow of 5.! One billion dollars for Dakhla as a result of feeding foreign oil companies minus remittances abroad amounting to 6.3 billion dollars in return for recovering the costs incurred by foreign partners in research, development and operation.
At the same time, foreign investments in the non-oil sectors witnessed slight increases by 70.2 million dollars, bringing the net inflow of savings to 6.4 billion dollars, with a growth rate of 1.1%.
Where are foreign direct investments distributed in the non-oil sector?
1- $77.8 million in investments for the purpose of establishing new companies, with a growth rate of 24.7%
2- $1.2 billion, net inflows to increase the capital of premium companies, down $259.6 million
3- $4.4 billion in retained earnings and a surplus in credit balances, with a growth of 11.5%
4- $54.4 million in proceeds from the sale of foreign companies and assets to non-residents, down by $89.2 million
5- $616.4 million inward transfers to purchase real estate in Egypt by non-residents, down $49.8 million.