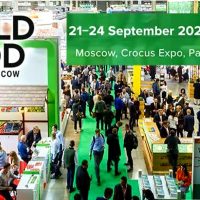 Eight Egyptian companies in the fields of agricultural crops and food industries participated in the 30th Moscow International Food Fair, which was held from September 21-24 in the Russian capital, Moscow. The companies concluded initial export contracts amounting to $7 million.

Minister of Trade Commissioner Yasser Mustafa, head of the commercial office in Moscow, said that the exhibition is one of the important international events in the field of food products to display the latest developments and developments in this sector.

He added that the exhibition attracts the attention of major international companies operating in this important sector, and is the largest forum for concluding export contracts with Russian and foreign companies.

He explained that the Commercial Representation Office in Moscow recommended the Egyptian companies participating in the exhibition, as well as those exporting to the Russian market in general, the importance of adhering to the requirements of the Russian agricultural quarantine for agricultural products.

The Ministry of Trade and Industry said that the companies participating in the exhibition included 3 companies in the agricultural crops sector and 5 companies in the food industries sector, including freezers, gelatin, cheese products, olives and olive oil. One food industry company specialized in the field of fish export also participated as a visitor.

The article, 8 Egyptian companies participating in the Moscow International Food Fair, and 7 million dollars in export contracts, was written in Al Borsa newspaper.