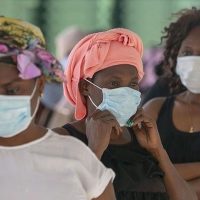 The African Centers for Disease Control and Prevention, the health arm of the African Union, announced that the countries of the continent have recorded 8,390,000 infections and 214 thousand deaths from the emerging coronavirus, while the total number of Prime Time Zone recovered has reached 7,733 thousand since the start of the pandemic.

The African Centers confirmed the provision of 4.4 million doses of an anti-Corona vaccine, which were distributed to 26 member states through the African Vaccine Acquisition Fund, amid anticipation of more vaccines in a move to vaccinate 60% of the population.

The article, 8 million and 390 thousand injuries and 214 thousand deaths due to Corona in Africa, was written in Al Borsa newspaper.