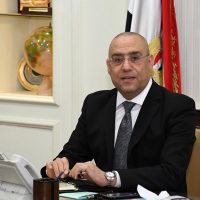 Exemption from 90% of late fines when paying dues for housing and administrative units, shops, plots of land and villas

The Urban Communities Authority decided to grant facilities in the payment of financial dues, including an exemption of 90% from the payment of delay fines, upon payment of the full dues to the Authority.

Assem Al-Jazzar, Minister of Housing, said that the facilities apply to residential, administrative, and professional units, shops, and plots of land of various types and area “residential – commercial – service – investment – ​​industrial – …”, and villas and beach units established with the knowledge of the authority.

He added that the facilities are for a period of 3 months from the date of the announcement in the daily newspapers, provided that they apply in the cases in force for their allocation, and the cases for which decisions were issued to cancel for non-payment of financial dues and are still in the possession of the client and have not been allocated to others, and the facilities are applied under the following conditions: Commitment to the specified times for implementation, And waiver of all lawsuits filed against the authority or agencies, and these facilities do not apply to the lands allocated by the partnership system, as well as lands that have been canceled and withdrawn and become in the possession of the agency.

The Board of Directors of the Urban Communities Authority approved the establishment of a city authority of organizational level “A” under the name “New Suez City Development Authority” to undertake the development of the area belonging to the authority of the authority in accordance with Presidential Decree No. 316 of 2021 allocating approximately 65.5 thousand acres, to be used in the establishment of a new urban community. Adopting the organizational structure of the agency, whose functions are top of the line, and completing the rest of the procedures with the Central Agency for Organization and Administration, and the Ministry of Finance.

The article was written in Al-Borsa newspaper, with a 3-month deadline for the “Urban Communities” to pay the overdue dues.