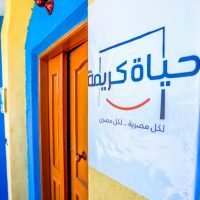 “Saad Eddin”: Providing the needs of the project in cooperation with the chambers and industrial divisions

The Engineer: The infrastructure products companies are ready to supply all requirements

The Federation of Egyptian Industries has formed a coordination committee from the Federation’s Board of Directors and heads of industrial chambers, to coordinate with the government regarding the needs of developing Egyptian villages as part of the “A Decent Life” initiative.

Mohamed Saad El-Din, a member of the Federation’s Board of Directors, said that the committee will be the liaison with the Unified Procurement Committee supervising the project supplies.

He added to the “Stock Exchange” that the Union Coordination Committee will work to provide the needs of the project in cooperation with the chambers and industrial divisions, according to the type of each product, the production capacities and the required specifications.

The Board of Directors of the Federation of Industries held a meeting yesterday, with the chambers of industry, to discuss mechanisms to provide for the development needs of Egyptian villages as part of the “A Decent Life” initiative.

Saad Eddin explained that the project will last 3 years, and it is expected that the Egyptian product and component will receive a large proportion of supplies.

The services of the project are represented in the delivery of drinking water and sanitation to the various areas within those centers, in addition to projects for electricity, public lighting, roads, transportation, the delivery of natural gas to homes, the establishment of health units and educational buildings, to serve the residents of these centers.

Mohamed Al-Mohandes, head of the Engineering Industries Chamber of the Federation of Industries, said that the sector will have a large share in the Egyptian villages development project within the “Decent Life” initiative.

He added that the companies producing infrastructure products, including electrical cables and pumps, have confirmed their readiness to start supplying the project’s needs at any time.

He explained that the chamber is waiting for the list of products and production capacities required by the cabinet to start providing them according to the agreed timetable.

The engineer said that the prime minister stressed during the meeting the need to pump new investments during the coming period to increase the production capacity of factories, especially for the products most in need within the Egyptian villages development project.

The investments of the Syrian villages development project are estimated at 500 billion pounds, of which industrial products and supplies will acquire between 200 and 300 billion pounds, according to the Council of Ministers.

The article, a coordinating committee of the “Federation of Industries” to provide for the needs of “developing villages”, was written in the Al-Borsa newspaper.