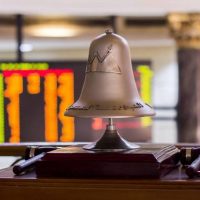 The shareholder, Syed Ahmed Zaki Suleiman, acquired 20% of the shares of the “Allied Brothers for Real Estate Investment” company.

The shareholder bought 800,000 shares, worth 2.78 million pounds, at an average purchase price of 3.47 pounds per share.

Thiqa Medical Care Company reduced its share in the capital of the Solidarity Brothers Real Estate Investment Company from 20.64% to 0.0064%.

The shareholder, Mohamed El-Sayed Mohamed Othman Al-Saedy, raised his share in the capital of “The Solidarity Brothers for Real Estate Investment and Food Security” company from 5.9% to 6.02%.

The shareholder purchased 5,000 shares of the company’s shares with a total value of 16.9 thousand pounds, with an average price per share of 3.38 pounds per share.

The Solidarity Brothers Company for Real Estate Investment and Food Security had said that the court had ruled in the lawsuit filed against the Chairman of the Board of Directors in Case No. 8144 of 2017, Dar al-Salaam misdemeanour, with the expiry of the lawsuit and reconciliation.

The company explained that the two parties attended and the victim decided in the same session to reconcile before the court that was looking into the case.

During the first 9 months of this year, the company achieved a net loss of 589.97 thousand pounds from the beginning of January until the end of last September, compared to 164.43 thousand pounds in profits during the same period last year.

The company’s sales declined during the nine months to reach 71.5 thousand pounds at the end of September, compared to 2.76 million pounds during the same period in 2019.

The company did not record sales during the first quarter of this year, compared to sales of 71.5 thousand pounds in the comparative quarter of last year.

The article is a shareholder that acquires 20% of the capital of the “Solidarity Brothers” and was written in Al Borsa newspaper.