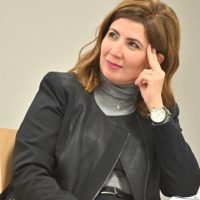 Ministry of Tourism spokeswoman Dr. Soha Bahgat said that the Russian market is one of the most important export markets for Egyptian tourism.

A tourism spokeswoman added – in a phone call to the 9 pm program on the Egyptian Channel One on Saturday evening – that “the decision to return Russian tourists to Egypt revives hopes for a tourism boom; The ministry is fully prepared to receive all kinds of tourism.
And it considered that the Russian market is one of the largest export markets for leisure tourism on the shores of the Red Sea.

On the status of the minimum level for hotels in Egypt, the spokeswoman said, “The sector has been suffering for a long time from the phenomenon of (price burning), which is not commensurate with Egypt’s tourism potential. This led to a negative impact on the quality of the tourist who comes, indicating at the same time that the Minister of Tourism and Antiquities, Dr. Khaled Anani, put an end to this decision, which is setting a minimum price; Which placed Egypt in a ranking it deserves, noting that this decision will have a major change in the policy of tourism flows to Egypt in the coming period.

Regarding direct propaganda on royal mummies, the spokeswoman said, “There was a meeting chaired by the minister with the international company responsible for the public relations and propaganda file, and there is a plan in place, and the process is well thought out and the Tourism Promotion Authority plays an important role in this context.”

The article, a spokeswoman for the Ministry of Tourism: The Russian market is one of the most important markets … and we are ready to receive all kinds of tourism. It was written in the Al Borsa newspaper.