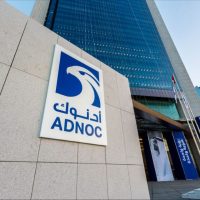 Fertiglobe said today, Tuesday, that the Abu Dhabi National Oil Company “ADNOC” and chemical producer “OCI” are planning an initial public offering of a 13.8% stake in the fertilizer joint venture on the Abu Dhabi Stock Exchange.

It added that the deal would be the first internal listing of a free zone company in the UAE.

Fertiglobe said in a statement that Euronext-listed OCI and backed by Egyptian billionaire businessman Nassef Sawiris is expected to retain a majority in the company, while ADNOC is expected to own 36.2% indirectly after the IPO.

Vertiglobe was established in 2019 after OCI and ADNOC combined their assets in ammonia and urea, with OCI owning 58% and ADNOC owning the remaining 42%.

In April, sources told Reuters that the two companies were considering an initial public offering (IPO) to Vertiglobe, which they said could raise at least $1 billion.

The share price will be determined after the process of building the subscription book, and the size of the offering can be modified at any time before pricing.

The UAE has internal and external jurisdictions, including the financial centers Abu Dhabi Global Market and the Dubai International Financial Center, both of which have legal systems modeled on the English system.

In August, ADNOC said it had agreed, in partnership with Fertiglobe, to sell blue ammonia to Idmitsu in Japan for its refining and petrochemical operations.

The article “ADNOC” and “OCI” planning an initial public offering of the joint venture Fertiglobe was written in Al Borsa newspaper.