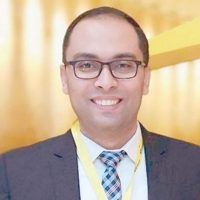 Ramy Youssef, advisor to the Minister of Finance for tax affairs, said that the tax system is subject to a comprehensive and integrated development program, based on re-engineering procedures to standardize, simplify and automate them; Strengthening governance and achieving tax fairness; In a manner that contributes to facilitating taxpayers and expanding the tax base, by maximizing efforts to integrate the informal economy into the formal economy, taking into account the variables of the transition to the digital economy, which require more effective mechanisms in raising the efficiency of tax collection.

Youssef added, in an open dialogue with economic editors, during the workshop organized in cooperation with the USAID Macroeconomic Reform and Stability Project today, that projects to digitize the tax system do not mean laying off employees, but rather open new horizons for the employment of graduates. Those who have the ingredients to professionally deal with automated systems, along with efforts to develop the skills of IRS employees.

He pointed out that the revenues from the sale of goods or services in Egypt, or the manufacture or promotion of content, advertisements via the Internet or social networking sites, are subject to taxes in accordance with the established legal controls, and an independent unit has been established in the Tax Authority for e-commerce, and decisive legal measures have been taken against violators, and in At the same time, we found a response by voluntarily registering with the tax authority and paying dues to the state treasury.

He explained that a simplified guide will be issued showing the correct path of tax treatment for everyone who sells a good or service, publishes advertisements, manufactures or promotes content through electronic media or social networking sites and generates income.

The article, Adviser to the Minister of Finance: The tax system is subject to a comprehensive development program to achieve justice, which was written in Al Borsa newspaper.