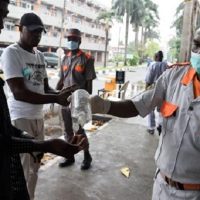 The African Centers for Disease Control and Prevention, the health arm of the African Union, confirmed today, Tuesday, the registration of 8 million and 417 thousand new confirmed infections with the Corona virus.

And the African centers indicated that 215,500 deaths were also recorded as a result of infection with the coronavirus, while the total number of Prime Time Zone recovered reached 7 million and 760 thousand Prime Time Zone since the start of the pandemic.

It reported that some countries have made good progress in providing full vaccination doses to the population, with Morocco immunizing 53% of its population, South Africa 16%, Algeria 9%, and Tunisia 26%.

The article Africa records more than 8 million infections with the “Corona” virus was written in Al Borsa newspaper.