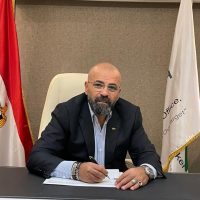 Nabih to “The Stock Exchange”: We aim to bring 12 million pounds in installments for the benefit of companies this fiscal year
Brokers are an integral part of an integrated system entity for the insurance industry

Ahmed Nabih, director of the “Ahmed Nabih” insurance brokerage office, said that the total assets of projects insured by insurance companies through the office amounted to about 4 billion pounds.

Nabih said that the office is currently contracting to bring in insurance operations for the benefit of a number of insurance companies operating in the market, whether in property or life activities, including the companies “GIG Egypt”, “Egyptian Takaful Insurance”, “AXA” and “MetLife” Tharwa Insurance Orient. Takaful Insurance Engineer for Lebanese Swiss Insurance Delta Insurance.

Nabih added to the “Boursa”, that the portfolio assigned to insurance companies through the office is distributed by 60% to the branches of fire, burglary, engineering and transportation, and 20% to the automobile branch, while the remaining percentage is distributed among other insurance branches.

He continued: “The portfolio is also distributed among large and medium enterprises, as well as insurances for individuals and micro enterprises.”

Nabih pointed out that the individual insurance portfolio assigned by the office for the benefit of contracted companies in the market recorded a growth of about 270 percent from 2019 until last year.

According to Nabih, the office aims to assign insurance premiums to companies contracted with in the market, amounting to 12 million pounds at the end of the current fiscal year 2021/2022.

He explained that the office aims to expand the coverages assigned to insurance companies contracted with in the market in the Canal and Upper Egypt regions.

In a related context, Nabih said that Egypt is currently witnessing a great development of non-bank financial activities through the efforts of the Financial Supervisory Authority to supervise these activities on the one hand, and achieving development and growth on the other hand.

He pointed out that the insurance sector is currently living its golden age through the role of the Authority in implementing the Supervision and Control Law No. 10 of 1981 and implementing a strategy to achieve increasing growth rates in the sector during the coming years, whether in the volume of market premiums or its investment portfolio.

In a related context, he pointed out that the inclusion of the new insurance law, if approved by the People’s Assembly during the coming period, represents an important step in the history of mediation activity in Egypt, as it establishes an organizational entity that includes workers in the profession in the market, whether from individuals or companies, which guarantees the activation of ethics for the profession in the market. In addition to being a representative of brokers in their dealings with insurance companies or various institutions, which eliminates erroneous practices on the part of some market workers.

He considered that intermediaries are an integral part of an integrated insurance industry entity that includes the client, the insurance company, the broker and the supervisor, all of which work together for the benefit of the market.

He pointed out that the broker has a great responsibility towards the client in providing the service and advice for the required insurance coverages that are compatible with the nature of the risks they face, as well as assisting the client in settling for compensation if any of those risks are realized.

He called for benefiting from international experiences in Europe and America in obligating dealing with insurance companies through representative intermediaries or agents on behalf of clients, while the role of insurance companies is limited to studying the risk, pricing it, issuing documents and settling compensation for the benefit of the client.

The success of any broker in the market, whether an individual or an entity, depends on his knowledge of the regulatory rules governing the market, as well as the enhancement and development of his skills and various experiences by being aware of the developments taking place in the industry in the world.

He continued: “It is important for the broker to diversify its relations with local and international insurance companies, as well as the authorities operating in the market, as well as to enjoy transparency and credibility with the client and the insurance company, and to absorb modern technological tools in various operational processes.”

He noted that the broker’s specialization in a particular insurance branch does not represent an important element in his success in obtaining the various insurance operations, which those seeking to obtain must be familiar with the different coverages and the nature of the activity and review the documents according to the nature of the risk.

He considered that the real bet is in the success of any new company in the market in implementing its growth strategy and its ability to inject new qualified and trained technical personnel and cadres to deal with developments in the market locally and globally.

Nabih relied on the role of intermediaries in achieving the sector’s targeted growth rates and raising its contribution to the GDP by expanding the base of dealers with insurance companies, whether individuals or companies, as well as raising the insurance awareness of citizens.

He continued: “The increase and growth of insurance awareness makes the market need insurance brokers, many times the number that currently exists.”

He called for tightening administrative control over the productive devices of insurance companies to implement the rules of disclosure and transparency, as well as the elimination of illegal practices by some to compete with intermediaries and prioritize personal interests over the general interest of the market and industry.

The article was written by Ahmed Nabih’s brokerage office assigning assets coverage to insurance companies worth 4 billion pounds. It was written in Al Borsa newspaper.