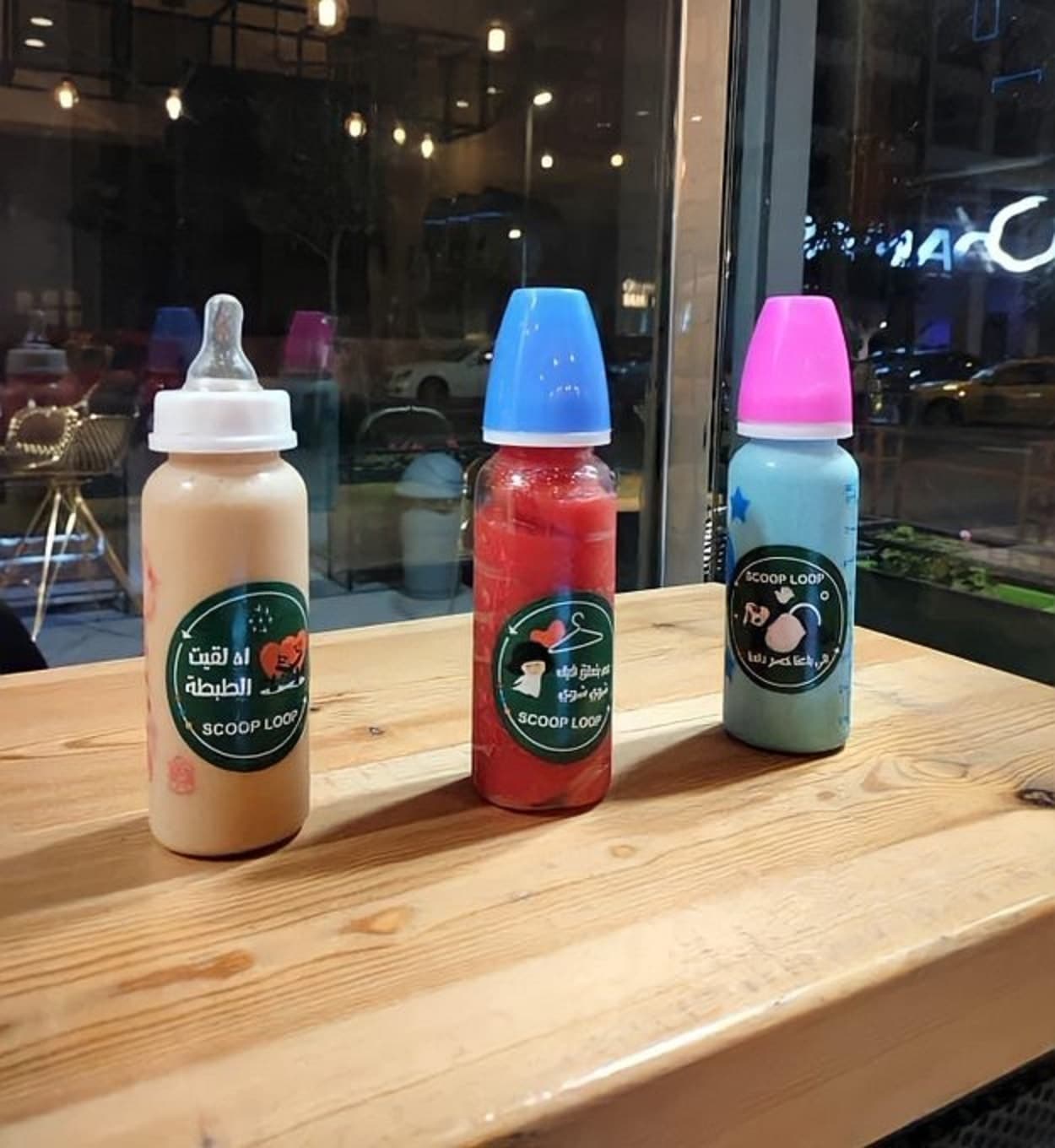 Omani news accounts stated that the phenomenon of serving drinks in restaurants and cafes to customers with bottles intended for drinking milk for children has reached the Buraimi Governorate in the Sultanate of Oman.

The Oman Al-Hadath account, via Twitter, stated that juices in infant formula had reached Al-Buraimi Governorate. And specifically in the “X5” cafe, amid the discontent and discontent of the citizens.

Juices in breastfeeding children cause widespread controversy on social networking sites between surprise, criticism, and news that this product has arrived in Al-Buraimi Governorate !! pic.twitter.com/6c29GY25s4

The new phenomenon of providing drinks with infant formula has reached the state #Buraimi 🤔 pic.twitter.com/9CKkM6nqzU

#Oman_life | The spread of a new phenomenon in cafes, which is the introduction of drinks through breastfeeding, and it has started to be applied in the Sultanate! pic.twitter.com/MhOamM2BKe

The Omani researcher, Harith Al-Seifi, wrote: “I am surprised by the news of the spread of this type of bottles in several countries as a kind of fashion. Pictures have spread of the beginning of the arrival of this failed fashion to Oman. That is why I ask the concerned authorities to prevent its spread in the country, as it contravenes the norms, sobriety and prestige of society! ”

Out of the range of weather ||
I was surprised by the news of the spread of this type of bottles in several countries as a kind of fashion, and pictures have spread of the beginning of the arrival of this failed fashion to Oman, so I ask the concerned authorities to prevent its spread in the country as it contravenes the norms, sobriety and prestige of society! pic.twitter.com/77ryMuX1pB

Another demanded the municipality of Al-Buraimi Governorate and the Ministry of Trade and Industry to intervene, and wrote: “If the news is true, it is in Al-Buraimi Governorate!” We hope that the municipality will intervene and prevent such boxes, even if the ministry intervenes to prevent this phenomenon that is foreign to our society. We hope to eliminate it before spreading, because it is a useless infection !! Please intervene quickly! ”

If the news is true that he is in Al-Buraimi governorate! We hope for @mrmwr_alburaimi Intervention and prevention of such boxes, even if it was from the intervention before @MOCIIP_OM To prevent this phenomenon alien to our society, we hope to eliminate it before spreading, because it is a useless infection !!
Please intervene quickly! pic.twitter.com/ez5C8GTNCP

Activist Al-Suhad Al-Busaidi wrote: “Where will this nation lead, the helper God? To what extent and scheme are our men intended before our women? Is it a plan to keep men as children who are not tightened by their backs or their forearms? They do not have a benefit for themselves and their country, their condition regarding the condition of the child who is bathed and given milk in the breastfeeding, or what? Where is the nation of Muhammad going? ”

Where will this nation lead the helper God? ❗❗
To what extent and scheme are our men intended before our women
Is it a plan to keep men children who do not get stronger in their arms or forearms?
They do not own for themselves and their country
Benefit, their condition in the case of the child who is bathing and giving milk in the breastfed, or what?
Where is the nation of Muhammad going?#Toooooooooooooood https://t.co/xt4IeFSE1b

Al-Taher Al-Busaidi called on the competent authorities to quickly intervene, and said: “I hope that one of the monitoring authorities intervenes to stop it. This decline, the silence of this decadence, is evidence of acceptance of the change in the ideology of societies that has become in the hands of homosexuals.

I hope that one of the monitoring authorities intervenes to stop this degeneration,

Silence on this decline is evidence of acceptance of changing the ideology of societies, which has become in the hands of homosexuals. Https://t.co/aorAHYfXeG

Meanwhile, activists stated that the Consumer Protection Department in Al Buraimi Governorate has banned the product, as it is contrary to customs. Traditions and values.

#Thank_protect_customer_braimi
And a decision that we hope will be generalized and applied in all the states of the Sultanate, and we hope that the concerned authorities will prevent the entry of such cultures and ideas contrary to customs and values.#good morning pic.twitter.com/9fR0UMFDne

He did not come out in Buraimi, but consumer protection stood there pic.twitter.com/tS007lyqAj

This is a mockery, and if better, how does it mean to start applying it in the Sultanate
There is one place that he brought from Buraimi, and the concerned authorities did not shorten and stood a serious stand in general. This will not have a place in the Sultanate

The phenomenon of providing coffee with bottles intended for drinking milk for children began a few days ago in a café in Dubai, in the UAE

A number of the tweeters also indicated that the photos were taken from Dubai, specifically from the One Million Cafe.

According to the photos circulating on social media, the drinks provided by the café were placed inside. Milk bottles before serving them to customers.

To this point, it came to the Emirates, and the youth did not drink with pride … I was a joke, by God
A café in the UAE serving drinks with baby bottles 😫 pic.twitter.com/fiNUontPGD

The images sparked controversy on “Twitter”, as some considered them a new and innovative idea for promotion and marketing, as they considered it. Some are not suitable to attract more customers without regard to the quality of the product or the way it is presented.

It is worth noting that the judicial authorities in the Sultanate of Oman are launching a campaign against indecent behavior and content.

The Sultanate of Oman recently issued court rulings against some celebrities for the offensive content of their posts. They were charged with breaching public morals.