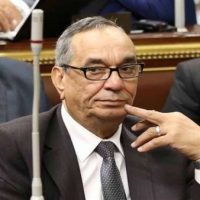 Yahya Al-Kedwani, a member of the National Defense and Security Committee in the House of Representatives, said that the new increases in vehicle licensing fees do not exceed the price of a can of gasoline.

He added, in a telephone interview with a program happening in Egypt on MBC Egypt, that the traffic fees of the new traffic law are not high and are in the interest of the citizen, especially with the state’s intention to establish a modern technological system for roads in line with international regulations, which requires the provision of financial liquidity for its implementation.

Al-Kedwani mentioned that the House of Representatives approved today, during the plenary session, the new traffic law that it will be applied as soon as it is ratified by the President of the Republic.

He explained that the council raised the fees for the electronic poster to reach 75 pounds instead of 50 pounds that was proposed by the bill, after a statement that the state will bear part of the cost in light of the old prices.

The House of Representatives, during its plenary session held today, finally approved a draft law submitted by the government to amend some provisions of the Traffic Law promulgated by Law No. 66 of 1973, with a two-thirds majority, especially since it is one of the legislations complementing the constitution, and the final approval comes after approval of the total articles.

The law imposes a fee for the categories of which are specified in the schedule of fees and taxes attached to the Traffic Law for each year for the licensing of vehicles from the competent Traffic Department. Control of the fee collection outlets.

The categories of this fee are specified in the table attached to the law, provided that it is increased annually at a rate of 6% of the total value of the imposed fee in a manner that does not exceed three times the maximum fee. The outcome of the indicated fee in favor of financing the establishment and development of the smart transportation system.

The haphazard article: The new increase in car licensing fees does not exceed the price of a “petrol can”, which was written in the Al-Borsa newspaper.