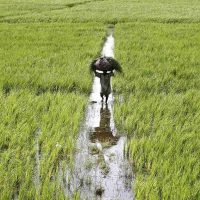 The Nasr Company for the Manufacturing of Agricultural Crops revealed the latest developments in Sohag land, which it is working to put up for sale again.

The company entered a memorandum of documents before the Dispute Settlement Committee of the Investment Authority on 3 October; To work to repeal Committee Decision No. 796 of November 8, 2020 issued by the West Sohag district that the lands are a public good.

She added that, based on the decision of the Attorney General of North Sohag, the matter was administratively closed, and the investigations carried out by the Criminal Investigation Department in Sohag proved that the land before and after the investigations belonged to victory for the manufacture of crops.

And she was The Ordinary General Assembly of the “Al-Nasr Agricultural Crops Manufacturing Company” approved the annual financial statements for its fiscal year ending on March 31st.

The general assembly approved the report of the board of directors on the company’s activity and financial position, and the auditor’s report.

The general assembly agreed to absolve the board of directors from liability for the fiscal year ending last March.

The association decided not to sell one of the production lines to the Beni Suef factory.

The EGX management had decided to remove the effect of the violation of the purchase operations carried out on the 4th and 5th sessions of this January, on Nasr shares for the manufacture of agricultural crops.

The stock exchange said that it was decided to remove the effect of the violation of the purchases on 31,247 shares of the company.

The Nasr Company for the Manufacturing of Agricultural Crops recorded a net loss of 8.56 million pounds from the beginning of April 2019 until the end of March 2020, compared to losses of 6.44 million pounds during the same period of its last fiscal year.

The “Al-Nasr” Company for the Manufacturing of Agricultural Crops rejected the offer submitted by the “Sohag Housing and Development Company” to purchase the land of the Sohag factory, at a value of 650 million pounds.

The company said that the rejection of the offer was due to the failure of Sohag Housing Company to submit a check for the first payment of 10 million pounds.

The company added that it is negotiating with the applicants to purchase the factory.

Last September, the Nasr Board of Directors for the Manufacturing of Agricultural Crops approved the request of the Sohag Housing and Development Company to postpone the payment of the first installment until October 20, 2020, without signing any contracts until after paying the advance payment of 10 million pounds.

The council approved the offer submitted by the Sohag Housing and Development Company to buy the land of 64,000 square meters at a price of 10156.25 pounds per square metre, with a total of 650 million pounds.

The article “Al-Nasr for the Production of Crops” reveals the developments of the land of Sohag, which is scheduled to be presented, was written in Al-Borsa newspaper.