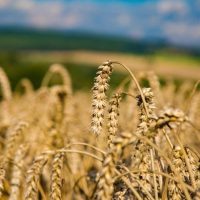 Mohamed Saadallah, Undersecretary of the Ministry of Supply and Internal Trade in Alexandria, said that 28.7 thousand tons of wheat had been supplied in accordance with the approved technical specifications, since the beginning of the supply until now.

Saadallah added that the local wheat was received by the committees formed from representatives of the supply and agriculture, the Food Safety Authority, the Marketing Company and the El-Kabbania Association.

Earlier, the Supply Directorate announced the formation of 6 committees to receive the locally supplied wheat, with an increase in the number of committees compared to last year.

The local wheat harvest season began on April 15 and is scheduled to end on July 15.

Egypt grows about 3.4 million acres of wheat in recent years, and it produces about 8.5 million tons annually, sufficient for about 40% of the annual needs, while it still needs about 12 million tons that depend on providing it through imports.

The article “Alexandria Supply”: The supply of 28.7 thousand tons of local wheat was written in Al-Borsa newspaper.