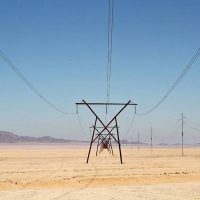 The Council of Ministers agreed that the Ministry of Housing will complete the procedures for receiving the “BSH Household Appliances” company, “the former German Bosch”, for a plot of land allocated to it in the Industrial Zone in the Tenth of Ramadan City, as well as allocating a plot of land adjacent to the original plot previously allocated to the same company.

The Council of Ministers said that the decision to allocate comes within the framework of facilitating investment steps, especially that the price of the two plots of land will be paid in full in one payment.

The council also agreed to start activating the fees for the services of forms secured by the courts and the immediate and mobile services in the real estate month, as of October 2, 2021.

The Council of Ministers approved the minutes of the meeting of the Supreme Committee for Compensation No. 49 on September 28, 2021, which includes a consolidated statement of the total values ​​of the compensation rates owed to the contractors.

The government held its weekly meeting, today, Wednesday, headed by Prime Minister Mostafa Madbouly; To discuss a number of political, economic and social files, the latest developments related to the Corona virus, the extent of commitment to applying precautionary measures in the various sectors of the state, and the position of providing vaccines to prevent it.

During its meeting, the Council of Ministers discussed a number of issues, draft laws and important ministerial decisions aimed at bringing about a renaissance at all levels, achieving economic and social stability, encouraging investments and following up on the completion of work on various national projects at the level of the governorates of the Republic, including the projects of the presidential initiative “Dignified Life” to develop Egyptian villages and countryside.

The council also followed up on the measures taken based on the directives of President Abdel Fattah Al-Sisi regarding the social security umbrella and development files in the various sectors of the state, including health, sports, education, transportation, and others, and the procedures for taking care of low-income Prime Time Zone and providing the needs of citizens in general.

The article was allocated two plots of land for “BSH Home Appliances” in the “Tenth” .. and the payment “cash” was written in Al Borsa newspaper.