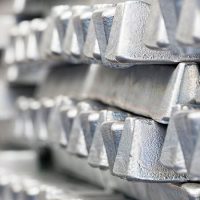 The price of aluminum rose during Monday’s trading to its highest level since 2008, in light of the global energy crisis that is putting pressure on supplies of the metal.

According to Bloomberg, Mark Hansen, CEO of London-based trading company Concord Resources, said: “A number of aluminum plants in China have stopped, and the country’s production will likely have peaked at least in the short term.

He added that with a market deficit coupled with the need to stimulate investment in new production outside China, the price could reach $3,400 per ton in the next 12 months.

Already, aluminum prices are up 50% this year, prompting producers elsewhere in the world to reopen old plants and consider increasing supplies. Yet the big jump in energy costs is putting pressure on smelters and could make restarting difficult.

The article, the rise of aluminum to its highest level since 2008, was written in Al Borsa newspaper.