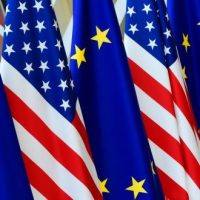 The European Union and the United States have agreed to suspend punitive tariffs linked to their long-running dispute over support for the aircraft industry, in what marks the first achievement in trade relations since Joe Biden took office.

Sources familiar with the negotiations told the Financial Times that the two sides reached an agreement after intense talks in a sign that the commercial battle on both sides of the Atlantic over government aid to Airbus and Boeing may end.

The agreement, announced by Ursula von der Leyen, President of the European Commission, means that both sides will suspend customs duties related to the conflict for a period of four months. And even American aquarium fish.

In a statement issued after a call with Biden, von der Leyen said: “President Biden and I have agreed to suspend all tariffs imposed by us in connection with disputes related to“ Airbus ”and“ Boeing ”, as well as tariffs on both air and non-air products, for an initial period. Duration of 4 months ”.

“We are both committed to focusing on resolving aircraft industry disputes based on the work of our commercial representatives,” she said.

The British newspaper “Financial Times” said that the goodwill gesture aims to pave the way for negotiations on a permanent solution to the conflict by setting common rules on permissible subsidies for aircraft manufacturers.

The agreement came a day after Britain and the United States reached an arrangement of their own under which Washington also agreed to suspend punitive fees related to the conflict for a period of four months.

Britain had already unilaterally stopped imposing its own tariffs at the beginning of this year, and European Union officials and other trade experts questioned whether Britain had the right to continue imposing them anyway, given its exit from the bloc’s customs union.

Both Valdes Dombrowski, the European Union’s Trade Commissioner, and the incoming US trade representative, Catherine Tay, confirmed their desire to end the conflict over Airbus and Boeing due to fears that it would increase economic damage at a time when the world is in a pandemic crisis.

“I’d be very interested in envisioning how to end this particular conflict because it has been going on for a very long time,” Tye said at the Senate appointment hearing last week.

Brussels imposed additional tariffs on $ 4 billion of US goods in November, which covered a wide range of products including molasses, casino tables, and fitness equipment, while the United States had already slapped additional duties on $ 7.5 billion in exports. European.

The article America and the European Union suspend the definitions of the “Airbus” and “Boeing” dispute. It was written in the Al-Borsa newspaper.