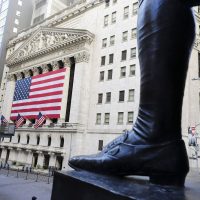 American companies have implemented high levels of share buybacks since the beginning of this year, in light of the economy recovering from the repercussions of the “Covid-19” pandemic.

According to Goldman Sachs data reported by the Financial Times, companies have made share buybacks of more than $870 billion since the beginning of this year, a level nearly three times higher than during the same period in 2020.

The data also indicated that these levels are about $50 billion less than the record level recorded in the first 9 months of 2018.

These levels indicate that American companies have high levels of liquidity and are looking for ways to use it, after they tended to reduce salaries last year to provide liquidity and hedge against risks arising from the pandemic.

The growth of confidence was also reflected in dividends, as dividends for the S&P 500 index companies reached a record level in the third quarter, and are heading towards recording further increases during the last quarter of this year.