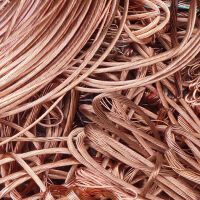 The state of the gradual recovery of the global industrial sector, supported by the use of Corona vaccines, along with the decline of the dollar, led to the rise in metal prices in general, so that copper came in the foreground, fluctuating between 9000 and 9200 dollars per ton at the London Metal Exchange with the beginning of trading this week, compared to 8500 thousand dollars last week .

According to a report recently published by the International Group for Copper Studies, this increase is the highest since 2012, so the demand for this industrial mineral during the current period is evidence of the industrial boom that the world is witnessing and the need for it.

The report notes that Chilean production of copper represents about 30% of the total global supply, making it one of the most important producing countries in the world, so any change in this sector in Chile has a direct impact on the amount of copper supply.

The report indicated that there is a clear decline in the copper production figures in Chile between January and December 2020, and the decline in production rates, which was 4.8 million tons compared to 5.6 million tons in 2019.

This weakness is due to the impact of the Corona pandemic on the work of mines, and the irregularity of work during the first wave that struck South America.

Also, the production of mines in Peru fell by 16.5% during the period between January and September 2020, and the largest decline was during the second quarter of this year by 38%, due to the repercussions of the Corona pandemic.

Commodities and metals are priced in the US dollar, and accordingly there is a link between the price of the green currency and the prices of metals, so the higher the dollar, the lower the minerals, and vice versa .. Therefore, the US currency continued to decline during the past year, and the dollar index fell below the level of 90 since April 2018, copper rose strongly during The same period, according to a financial analyst.

The report pointed out that the recovery of the Chinese economy from the Corona pandemic, led to an increase in the demand for copper, which positively affects the market expectations regarding the increase in demand from the largest metal consumption markets in the world.

The report of the International Group for Copper Studies indicated that the global demand for refineries copper increased by 1.5% during the nine months of this year.

The article, an international report: Corona vaccine and the dollar behind the “copper” rise was written in Al-Borsa newspaper