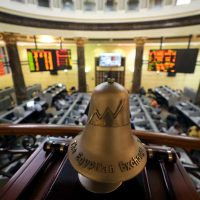 The Arab Company for Asset Management and Development issued a new clarification statement regarding Mohamed Abu Zeid, a member of the Board of Directors.

The company explained in a statement to the Egyptian Stock Exchange, today, Wednesday, that the case is related to financial irregularities, and a settlement has been reached.

She added that his position in the company as a non-executive board member.

The Real Estate Company for National Development Banks had issued a clarification statement regarding the arrest of Mohamed Abu Zaid, one of the company’s board members.

The company clarified that during the extraordinary meeting held yesterday, Saturday, a police officer from the Heliopolis Police Department came and asked to meet with Mohamed Abu Zeid to inform him of the existence of a case involving a fine in absentia.

She added that Mohamed Abu Zeid went to the Heliopolis Police Department to pay the fine and make an opposition.

The company stated that it has not yet been able to know the nature of the ruling or its causes and whether it affects honor and integrity or not.

The Arab Company for Asset Management and Development also said that Muhammad Abu Zaid Muhammad Ibrahim, a member of the company’s board of directors, had been arrested.

She emphasized that the reason for the arrest had nothing to do with the company, noting that she did not have any details about the facts.

She added that in the event that any violations are proven that necessitate activating Article 18 of the rules for listing and writing off securities, the matter will be presented to the Board of Directors for legal action.

The North Upper Egypt Company for Development and Agricultural Production “Newdab” had said that it had no knowledge of the arrest of Mohamed Abu Zaid Mohamed Ibrahim, the former chairman of the company’s board of directors, stressing that the events related to the arrest were not related to the company.

The article “Arabian Osoul” issues a clarification regarding the violations of the board member, which was written in Al Borsa newspaper.