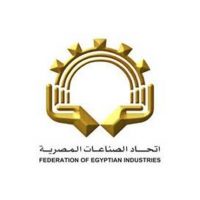 The list of candidates for membership of the Board of Directors of the Chamber of Handicrafts was free of the two categories of large and medium companies, while 12 members were nominated in the category of small companies.

Massad Omran, the current head of the Chamber of Handicrafts, said that the Chamber’s general assembly includes about 280 companies, all of them within the category of small and micro companies.

He added to “Al Borsa” that the list of candidates for membership in the Chamber’s Board of Directors, 12 members who ran for seats in the small enterprises category, secured victory in the elections, because there were no members of the General Assembly among the rest of the categories, according to Article 17 of the Union Law.

That article states that in the event that the Chamber’s general assembly membership is vacant from one or more categories of large, medium or small factories, the shares of their seats shall be returned to the existing categories equally.

The new Federation of Industries Law No. 70 of 2019 stipulates that each industrial chamber shall have 15 members, the general assembly of each chamber electing 12 of them by secret ballot, so that each category, between large, small and medium, gets 4 seats, while the competent minister appoints 3 members. After taking the opinion of the Board of Directors of the Federation.

The Federation of Egyptian Industries opened the door for candidacy for the boards of directors elections for industrial chambers for the 2021-2025 electoral cycle, from 13 to 27 September.

The Elections Organizing Committee also set a period for receiving appeals against candidates for the chambers of industry elections for a period of 9 days, from the closing of the candidacy door until October 6.

The article, Article 17 of the “Federation of Industries” law, which decided the victory of 12 candidates in the “handicraft” elections, was written in Al Borsa newspaper.