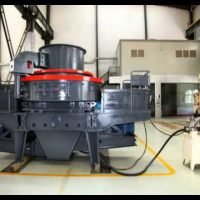 The general assembly approved directing the full amount of the increase in the payment of dues and obligations of the company towards third parties.

The assembly also agreed to amend Article 4 of the company’s articles of association.

With regard to the decisions of the Ordinary General Assembly, it approved the appointment of Haitham Abdel Nabi – Haitham Hilal office as the second auditor of the company’s accounts for the year 2020.

The company recorded a net loss of 58.14 million pounds from the beginning of January until the end of last June, compared to profits of 2.04 million pounds during the same period last year.

Earlier, the board of directors of Ascom Mining Company “ASCOM” approved the approval of the fair value of the share of Ascom Carbonate and Chemicals Manufacturing Company (the subsidiary), which was prepared by Solid Capital, the independent financial advisor, at a value of $16.4 per share.

The Board approved the approval of the agreement to reschedule the repayment of the loan granted by Banque Misr to the Glasrock Insulation Company (the subsidiary), under the name of a debt settlement contract and granting facilities.

The agreement includes the sale of Ascom 15% (345,000 shares) of the shares of the “Ascom Carbonate Manufacturing” company to Banque Misr, with a total value of $5.65 million, provided that the share of the sold share of the profits is not less than 5% annually, to be collected from Glasrock Insulation Company .

The company explained that with the signing of a contract promising to buy back the sold shares at the same value, without a minimum or maximum, within 5 years.

The company indicated that the loan amount, amounting to 27.54 million euros, will be repaid on June 20, 2020, after a grace period of one and a half years over a period of 7 years, in quarterly installments, provided that the bank interest is at a rate of at least 2.5 percent annually above the Eurobor rate.

The council agreed to adopt a debt settlement contract with Glasrock Insulation Company in exchange for the value of the shares transferred to Banque Misr, provided that the debt is paid within a maximum period of 5 years, to use the amount to repurchase the shares sold to Banque Misr with the same value.

The board approved the exit of the board member and representative of Financial Holding International, Mustafa Abdullah, from the board of directors.