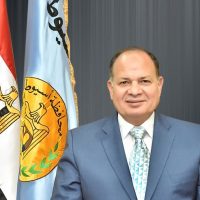 The Governor of Assiut, Essam Saad, announced the allocation of an area of ​​31,50 square meters in the industrial zone of Kom Al-Ahmar, affiliated to the Badari Center, for the establishment of a complex for food industries.

He stressed the need to cooperate with all different bodies and bodies, unify efforts and maximize the return from available resources so that integration occurs in work and is reflected in the quality of services provided to citizens; To improve their standard of living, especially in the most needy areas.

A statement issued by the governorate, today, Tuesday, stated that the governor of Assiut, Essam Saad, stressed the need to benefit from the components and capabilities of the governorate and to redevelop and rehabilitate state assets, represented by a number of development projects; To achieve the highest benefit for the benefit of the social and economic levels for the citizens of the province.

The governor reviewed – according to the statement – a number of development projects to be implemented in cooperation and coordination with the Upper Egypt Development Authority within the state’s plan to achieve comprehensive development in the governorates of Upper Egypt, maximize the use of its resources and increase investments in them in implementation of the directives of President Abdel Fattah El-Sisi in order to bring about a qualitative leap in the living conditions of citizens and provide job opportunities for them.

In turn, Medhat Mohamed Hassan, Director General of the Investment Department, said that several proposals were studied with the Upper Egypt Development Authority to implement some projects that benefit citizens, such as “refrigerators for preserving agricultural crops in villages to serve small farmers, in addition to establishing a craft and industrial area in the Jahdam area in Bani Ghalib.” Affiliated to the Assiut Center on an area of ​​570 acres to open areas for employment and the work of simple handicrafts, as well as the transfer of craft workshops from within the cities to the region, in addition to the warehouse area and the logistical area therein.

The article, Governor of Assiut: Allocating 31 thousand square meters in Badari to establish a complex for food industries, was written in Al Borsa newspaper.