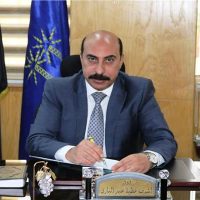 Aswan Governor, Ashraf Attia, discussed with a group of investors, businessmen and owners of companies specialized in the architectural and construction sector, the launch of new investment projects, including the establishment of a logistics center with an area of ​​4.5 acres on the Aswan International Airport road to serve the movement of commercial transport towards African markets.
A statement issued by Aswan Governorate stated that the meeting reviewed a number of investment opportunities also in this vital sector, including the establishment of a recreational commercial project with an area of ​​4.5 acres. An area of ​​10 thousand square meters in the Lotus neighborhood (premium housing) in Aswan, which aims to provide marketing, commercial, banking and entertainment services, as it is planned to include shops, bank branches, restaurants, cafes, cinema halls, children’s entertainment, administrative offices, stores and public toilets, next to a car park according to Egyptian codes. For garages, in addition to elevators and escalators.
During the meeting, the governor stressed the seriousness of implementation with the need to identify basic activities and services that meet the needs of citizens residing in the Lotus neighborhood and its neighboring neighborhoods, especially after building a network of roads that facilitates traffic, including the alternative road to Sadat and the Philae / Shallal / Mahmudiya road in Aswan city, directed with due consideration The needs of Prime Time Zone with disabilities of ramps, openings, and entrances to public toilets to facilitate their movement and to make optimal use of various services for them, in addition to the landscaping and green spaces that are in line with the architectural design.