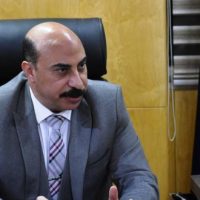 Ashraf Attia, Aswan Governor, monitored, today, Monday, the performance ratios and rates of the project to construct an upper motor vehicle bridge at El Seil Falls, south of Aswan, and the procedures for offering and assigning a project to develop and raise the efficiency of Wadi al-Naqra road, with a length of 75 km, at a cost of 250 million pounds.

The governor praised the efforts of the Ministry of Transport, as these projects are implemented through the ministry and by the Public Authority for Roads and Bridges, stressing the importance of these projects in meeting urgent public needs, including creating hubs capable of facilitating traffic and reducing accidents.

For his part, Eng. Eid Cromer, Head of the Central Administration of the Tenth District for Roads and Bridges, said that the project of constructing the Upper Al-Sil Bridge has so far witnessed the implementation of 16 bases with retaining walls for the foundations, with the initial cost of the project amounting to 139 million pounds, while the length of the bridge reaches 560 meters, its width is 19 meters, and with a tonnage A design of 120 tons, while the total lengths of the service roads for the bridge are two thousand meters and a width of 7.5 meters, pointing out that coordination is underway with the concerned authorities in order to prepare the required measurements to change the lines and networks of drinking water, sewage and natural gas, which are located in the direction and location of the construction works. This is to ensure the completion of all works and the opening of the bridge at the end of next June.

In another context, the local unit of the center and city of Aswan succeeded today in closing 4 stores for scrap and scraps in the city district, as part of the implementation of a magnifying campaign targeting several warehouses for scrap and scrappers in the South neighborhood, based on the implementation of the directives of Governor Ashraf Attia.

Adel Sharshar, head of Aswan City and Center, said that the stores contained some traffic guiding signs, in addition to some columns for the billboards. The owners of the stores were seized and a report was drawn up on the incident, and deterrent measures were taken with them.

The mayor of Aswan added that the campaign also targeted traffic in some markets, and the removal of various occupations.

The article, the governor of Aswan, is following up on the start of the implementation of the Upper El-Sil Bridge project, at a cost of 139 million pounds. It was written in Al Borsa newspaper.