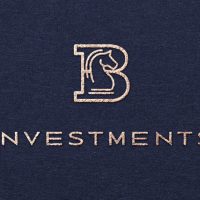 The Board of Directors of “B Investments Holding” company approved the proposal to distribute the company’s profits for the year 2020 at a value of 1.25 pounds per share, with a total value of 200 million pounds.

The cash coupon will be distributed at 1.25 pounds per share.

The Board approved the financial statements of the company for the past year, and the report of the Board of Directors for the year 2020.

The annual revenue of the company drops to 230.6 million pounds

While the company’s revenues declined during 2020 to reach 370.3 million pounds, compared to the total revenues of 230.6 million pounds during the previous year 2019, despite the negative impact of the Corona pandemic.

And earlier, B Investments Holding Company today signed a contract to sell 20% of its stake in Total Egypt to Total France, with a total value of EGP 146.4 million.

After the deal, the stake of B Investments Holding Company in Total Egypt will drop from 7.97% to 6.38%.

B Investments Holdings stated that this stake is equivalent to 1.6% of the total value of Total Egypt.

Earlier, the Board of Directors of B Investments Holding Company revealed that the Chairman of the Board had authorized the conclusion of negotiations with Total regarding the sale of 20% of B Investments’s stake in Total Egypt, which equates to 1.6% of the total value of the latter.

The company explained that it is still in the final negotiation stage regarding the detailed terms and conditions of contracts for the sale of shares, and the subsequent details, which are being negotiated with the buyer.

The profits of B Investments Holding Company increased, during the first nine months of 2020, by 7.6%, as it achieved 153.55 million pounds during the period from January to September, compared to 142.74 million pounds in the comparative period of 2019.

The company’s revenues increased during the period to 38.07 million pounds, compared to 27.69 million pounds in the comparative period last year.

The management also agreed to increase the company’s investments in the Ibtikar Holding Company for Financial Investments and its sister companies to 40 million pounds, to develop and develop the business of the invested companies.

Ebtikar Holding Company for Financial Investments had appointed Hermes, last September, to study strategic alternatives for placing the company or one of its subsidiaries on the Egyptian Stock Exchange.

The article “B Investments” proposes to distribute 1.25 pounds per share. It was written in Al-Borsa newspaper.

The Tunisian army surrounded the government headquarters, and Hisham Al-Mashishi was in his home, and he was not arrested after his dismissal | ...