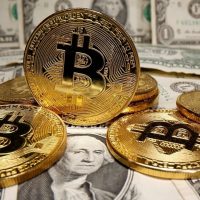 Virtual currencies increased their losses at a sharp pace during Friday’s trading after the Chinese central bank said that all transactions related to virtual currencies are illegal and should be banned.

The People’s Bank of China clarified on its website that all digital currencies, including bitcoin, cannot be traded in the market, and that all transactions related to those currencies are illegal financial activities.

The article Bitcoin increases its losses after the statements of the Chinese Central Bank was written in Al Borsa newspaper.