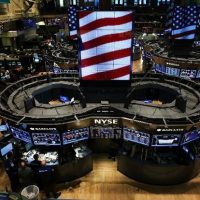 BlackRock believes that the process of reducing the Federal Reserve’s purchases of pandemic-related bonds will be slow and gradual, and that it will be cautious and monitoring the situation.

Amer Bsat, director general of emerging markets at the American company, said in statements to Al-Arabiya, that the decisions of the US Central Bank will not be surprising and it will be paved for before, unlike what happened in 2013, when the Federal Reserve surprised the markets with its decisions.

The BlackRock official called for caution towards the stock markets in the short term, but in the medium term he sees them providing value for investment.

He added, “US stocks have historically tended to fall by 8% to 10% every 18 months, which has not happened since June last year, so a corrective movement is expected.”

The article “Black Rock”: US stocks may fall 10% was written in Al Borsa newspaper.