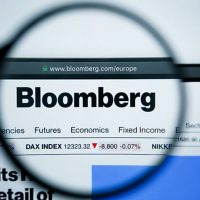 Hoping to address supply chain disruptions in the wake of the Coronavirus pandemic, US President Joe Biden has ordered a wide-ranging review of the US reliance on foreign sources to obtain vital commodities such as medicines, rare earth metals and high-capacity batteries, as for the most pressing issue – the shortage of semiconductors. The one who has upended production at the US auto makers – the president needs to think on a bigger scale.

Last spring, car sales collapsed with the spread of the Corona virus, and in anticipation of a prolonged downturn, automakers cut orders for supplies, including parts requiring semiconductors, and at the same time, demand for higher-margin chips used to make laptops and phones soared Smart and other devices as most of the country started working from home, and when the economy recovered more quickly than expected, the result was a crisis in the supply of auto companies, and now it may take months before production returns to normal.

In the short term, Biden could not do much to solve this problem, and some companies were ready for such disruptions, for example, Toyota Motor Corp. has an ample stockpile of chips, others were not, but government intervention at this late stage will not work. To return to production anytime soon, and it is better to leave it to the forces of supply and demand.

In the long term, this incident highlights a serious weakness, and semiconductors play an important role in the US economy, as they increase labor productivity, and power everything from medical devices to consumer electronics to AI, however, the share of chips has decreased. Global domestically produced global production from 37% in 1990 to 12% today, and industry groups believe that only about 6% of new productivity will be built in the United States over the next few years, compared to about 40% in China.

If left unaddressed, this problem would lead to an increased concentration of chipmaking business in East Asia, which in turn would boost supply chain risks to US companies, and possibly weaken US leadership, and act as a threat to national security given that the military needs about 1.9 billion chips annually. For weapons, communications and intelligence systems “among other things.”

The essential first step, Biden appears to be aware, is to devise a new strategy with US allies, and given that Japan, South Korea, Taiwan and Europe contribute significantly to the global semiconductor business, they should create a strategic supply chain alliance that allows them to collaborate in research and development efforts. , Coordination of export controls, expansion of “reliable foundry” programs and other steps to increase mutual flexibility.

Next, the federal funding for semiconductor research that has been discontinued in recent years must be strengthened. According to one estimate, every dollar invested in such programs generates $ 16.50 in additional GDP, and perhaps most importantly, the additional investment should boost self-sufficiency. It helps build a skilled workforce and lays the foundation for future industries.

The much tougher task is to encourage companies to manufacture chips domestically, and although two of the major manufacturers have recently stated that they are building or considering new plants in the United States, the truth is that the United States is in a very difficult position due to high labor and support costs. Governmental abroad.

One study found that the total cost of owning a new chip-making facility in the United States is 30 percent higher over 10 years than it is in Taiwan or South Korea, and 50 percent higher than in China, and government incentives make up about 70 percent of the difference.

Congress should seek to reduce this imbalance. Last month, lawmakers adopted a set of programs to boost local chip manufacturing, encourage public-private partnerships, and boost efforts to secure access to chips and other products. Legislators should secure funding for these efforts, and it may help. Also, providing tax exemptions to factories that manufacture semiconductors and chipmaking equipment, the goal of these efforts should not be to create jobs – because such facilities are largely automated – or support individual companies, and instead the goal should be to level the playing field, Create more flexible supply chains, and protect national security.

It will not be easy to achieve, but for the country that invented the integrated circuit, it should not be impossible.