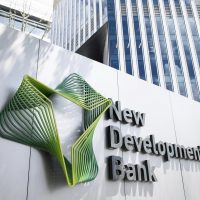 A press release stated that the net proceeds of selling the bonds will be used in the resources of the bank’s public companies and in financing infrastructure and sustainable development projects in the bank’s member countries.

Leslie Masdorp, Vice President and Chief Financial Officer of the said bank, said that the bank intends to become the regular exporter in the international and domestic markets of member countries to create a strong credit history and ensure better liquidity and diversification opportunities for investors.

The New Development Bank of the BRICS, based in Shanghai, was set up by the BRICS countries, namely Brazil, Russia, India, China and South Africa. The bank was officially opened in July 2015.

The article New Development Bank of BRICS Issues $310 Million in Bonds in China was written in Al Borsa Newspaper.