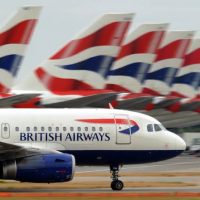 The British government has lifted a “do not travel” advice for more than 30 countries, which means that travel insurance will cover them again, according to the British newspaper, “Express”.

The Foreign Office no longer advises against travel to the 30 countries on the list, which means Britons should now be able to travel to these countries for the upcoming holiday period.

However, the government can reinstate the rules in “exceptional circumstances” including if the outbreak overwhelms local health care.

Travelers who have been double-vaccinated and who are returning from a country not on the Red List will not have to take a pre-departure test or before arriving in the UK.

The article Britain lifts travel bans for more than 30 countries in a big push before the holidays was written in Al Borsa newspaper.