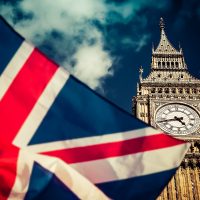 The Sunday Telegraph reported that British Prime Minister Boris Johnson will add a number of other countries to the travel list later this week without the need to stay when returning in hotel quarantine, saying that Britain’s “red list” of high-risk countries will be reduced from 54 to nine countries, According to what was reported by Reuters.

The newspaper said that fully vaccinated travelers from countries such as South Africa, Brazil, Mexico and Indonesia will no longer have to stay in quarantine in a government-designated hotel for ten days when they arrive in England later in October.

The changes are due to be announced on Thursday and are likely to lead to an increase in bookings, bolstering airlines and tour operators that have been hit hard during the coronavirus pandemic.

The article Britain intends to cancel the hotel quarantine for dozens of countries was written in Al-Borsa newspaper.