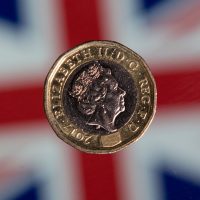 The British newspaper “The Independent” reported that the United Kingdom’s aid to the Commonwealth countries fell by 500 million pounds, in a deep blow to the British government’s “Global Britain” agenda.

The newspaper pointed out – on its website today – that an analysis of the official figures of the Liberal Democrats, released on the day of Liz Truss’s first speech to the annual Conservative Conference as Foreign Secretary, shows a sharp decline of 500 million pounds in support for countries including Bangladesh, Nigeria and Tanzania.

The drop comes despite ministers’ claims that Brexit would allow the UK to strengthen ties with the world body’s 53 other members, and Truss’ claim on her first day at the Foreign, Commonwealth and Development Office that she is committed to a “strong future”. and prosperous” for the Commonwealth.

The aid cut comes after Chancellor Rishi Sunak announced a reduction in UK spending on foreign aid from 0.7 to 0.5% of GDP, in response to the economic difficulties caused by the emerging coronavirus pandemic.

The article: Britain’s aid to the Commonwealth countries decreased by 500 million pounds was written in Al Borsa newspaper.