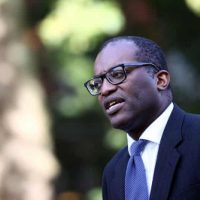 British Business Minister Kwasi Quarting said today, Sunday, that his country is working to find ways to support energy-intensive industries that have been affected by the sharp rise in gas prices, describing the situation as critical, but he declined to reveal the nature of the measures in question.

Producers of steel, glass, ceramics, paper and other sectors have said they may be forced to halt production if the government does nothing about energy prices.

“The situation is clearly critical,” Quarting told the BBC, when asked about possible factory closures.

In a separate interview with Sky News, he said, “We have very, very high gas prices and very high electricity prices. We are already supporting industries. We are looking at ways we can help the industry.”

He indicated that he is working on the matter with Finance Minister Rishi Sunak.

Gas prices have increased 400% this year in Europe, partly due to low inventories and strong demand from Asia.

The article, British Minister of Business: We are working to support energy-intensive industries, was written in Al Borsa newspaper.