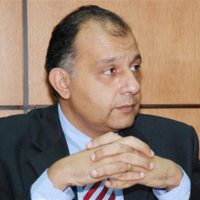 The Export Council for Building Materials, Metal Industries and Refractories is preparing a new plan to increase the sector’s exports to the Libyan market and benefit from the reconstruction program.

Walid Gamal El-Din, Chairman of the Council, said that Egyptian companies seek to benefit from the increased demand in Libya for building materials, and also intend to participate in international exhibitions that will be organized during the next year, which is a good opportunity to promote Egyptian products to contribute to the reconstruction of Libya.

Gamal El-Din expects to Al Borsa that the reconstruction of Libya will achieve a boom in the exports of the Egyptian building materials sector, with the support of cooperation agreements and protocols between the two countries for the participation of Egyptian companies in the reconstruction.

According to the council’s official data, Libya ranks seventh in the world in importing Egyptian building materials, and its contracts for the first 8 months of this year amounted to about $167 million, an 81% growth compared to the exports of the same period last year.

He said, “We expect a breakthrough in relations and business volume with the Libyan side in the coming period, in light of the boom that will occur in building and construction projects.”

Egypt signed 14 joint memoranda of understanding and 6 executive contracts with Libya in mid-September, on the sidelines of the visit of Libyan Prime Minister Abdel Hamid al-Dabaiba to Cairo at the head of a large delegation.

He pointed out that many products of building materials are highly competitive in the Libyan market, such as ceramics, cement, glass, insulating materials, and marble, in addition to paints and other materials used in various constructions.

He mentioned that a large number of Egyptian contracting companies obtaining contracts to establish projects and participate in the reconstruction will give priority to relying on the Egyptian product in setting up these major projects.

Ahmed Abdel-Fattah, Executive Director of the Council, said that “the export of building materials” is currently preparing a plan for trade missions for the next year to the Libyan market, and to bring in buyers’ missions to Egyptian exporting companies.

He explained that the proximity of the distance and the good relations between the two countries will have a major factor in increasing the exports of the various sectors of the Council to it during the coming period.

He added that the council seeks to participate in various events that will be organized in Libya, including specialized exhibitions, during the next year, after the absence of international exhibitions from Libya for more than 8 years.

The article “Building Materials Council” is preparing a plan to export to “Libya” was written in Al Borsa newspaper.