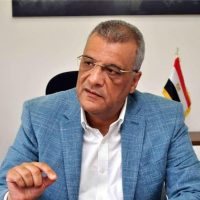 Al-Moataz Bahaa El-Din, CEO of the company, said that the company used a consulting office to prepare feasibility studies on promising investment opportunities in the areas being negotiated, and did not specify their location until the stability of the areas to be obtained.

Bahaa El-Din also mentioned to Al Borsa that the lands being negotiated will be allocated for establishing projects in a number of industrial sectors, including food industries, engineering and building materials.

The last proposals of the Industrial Development Authority for Industrial Lands were in 2017, through which the Authority proposed 8 million square meters.

Bahaa El-Din explained that 380,000 square meters in the company’s industrial area in Sadat were sold to about 34 investors, and the company handed over the contracted lands to the investors.

Al-Moataz explained that the company has sold 20 units within its “Ready” project in its Sadat area, which are ready-made industrial units, including facilities and licenses. The average selling price of the unit reached 2.4 million pounds.

He explained that the company aims to establish 110 units within the “ready” project, and aims to attract working investments worth 700 million pounds, and the company is preparing to build 20 units in the second phase of the project, with an area of ​​420 square meters per unit.